I originally produced this

for the Young Designer of the Year award in 2002. I decided to do this 3 days before entries to the competiton closed, so was desperately trying to think of an idea that wouldn't involve hours and hours of time. It was inspired by my woodworking teacher at intermediate school (his name was Mr Birch!), who had one of those silhouette boards for all of the tools in the classroom. I was fortunate that I knew someone through Hillsong church who owned a factory that did printing directly from a computer file onto fabric.Gary was such a kind guy, he organised his staff to do it straight away. It was displayed in the Sydney Powerhouse Museum, and it featured on breakfast television. Later, I designed a range of coasters and table mats to suit the table cloth. 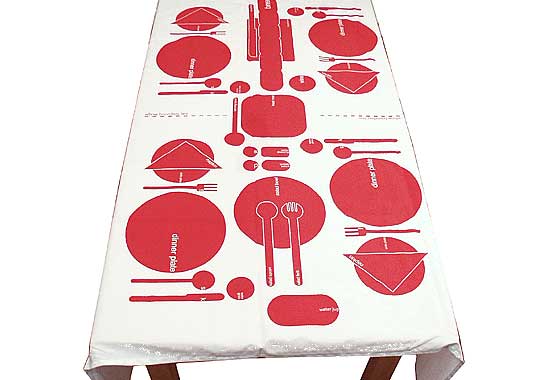